Editor-M&B
Admin
posted on 3 years ago
—
updated on 2 years ago
1,622
views
Interviews
Despite a slight lameness from birth, he arrives at our appointment "in boss mode". Big 4X4, but extreme courtesy, humility and sharp eyes. As affable as modest, Jean-Claude Masangu nevertheless signed our banknotes during almost 20 years ! An open-hearted discussion with a Congolese economic legend, a banker who signed billions of francs under two presidents, a father and his son.

Mining and Business Magazine: Governor, I understand you've had a real destiny. Would you tell us about it?

Governor Masangu: (Smile...) Then let me tell you in detail the few weeks that changed my life!

GM: We are in 97, at that time CEO of Citibank, I am on a plane to Côte d'Ivoire... After a long stopover in Douala, I landed in Abidjan where I was told that Mbuji-Mayi has just fallen into the hands of AFDL (Alliance des Forces Démocratiques pour la Libération du Congo). Then Lubumbashi falls and I am still in Abidjan... Suddenly, I become aware of what is happening and decide to return urgently. I have to help my country! I finally find a plane to Brazzaville... via Geneva, crosses to the Beach and prepares me to take Kinshasa.

M&B : How long between your arrival and AFDL's arrival in Kin?

GM: Finally almost a month! The "Kadogo", young soldiers were walking, don't forget it! Very soon after the capture of Kinshasa, I was contacted by the new authorities who asked me to recruit someone to run the Central Bank! I am sending an internal note to all my compatriots at Citibank working abroad who may be interested. It basically said this: who wants? I am here in Kinshasa, ready to coordinate, but I am not interested.

Shortly afterwards, I informed New York, which replied that the seat would support the candidate. But no one was up for it. One by one, everyone withdrew. However, the new authorities urged me to give a name and I did not know what to answer them any more...

M&B : And that's where Côte d'Ivoire comes in?

GM: Exactly, the story is romantic! My African regional boss, Bob Thornton, based in Côte d'Ivoire, is leaving Abidjan for Kinshasa and visiting the US Ambassador. This one, without any hesitation, supports the thesis to try the Central Bank, because it can only be to the honor of the American school since I was trained there. Shortly afterwards, a team of Zairian experts arrived in Kin and made me prepare my meeting with President Laurent Désiré Kabila. That's how I ended up at the Central Bank!

M&B : But I understand you were already in the bank by chance and you're a mechanical engineer !

GM: Yes that's right! I was born in Likasi, Katanga, once called Jadotville. I did my secondary education in Switzerland, and my university studies in the United States in nuclear first passing by the civil before finishing in mechanics.

M&B : And how do you go from mechanics to banking?

GM : Actually, I had a work accident during my internship and was severely burned. It was at the Consolidated Aluminum Corporation plant in the USA. My feet and hands were burned to the third degree by granulated coal. I've never suffered so much! I even thought about suicide back then. I saw myself handicapped, burned hands and feet, at 25 years old... They wanted to do skin grafts for me, and I didn't know if I would ever be able to use my hands again. Can you imagine? I was a real plant, fed and watered when needed, life had no meaning!

M&B : How long did it take you to regain the use of your hands?

GM : Months and months... And in the meantime, understanding that my engineering career was over, I did a Master's degree in Finance to allow me to change jobs. That's how you go from mechanics to banking. When I got back to Kinshasa in'81, I was hired at Citibank and you know the rest. I climbed the ladder and became CEO for 17 years!

M&B : How is it that the prestigious Citibank of New York never wanted to establish itself better in the interior of the country and remained discreet, not to say, a small bank?

GM: That was our strategy. Citi focused on very large projects, corporate clients and the Central Bank. For example, we financed the Inga Shaba high voltage line, as it was called, the Goma airport and Air Zaire's large planes. Citi was doing very, very good business and didn't need to change course. What is funny is that when she wanted to withdraw after the collapse of the economy, it was I who pushed as Governor of the Central Bank to keep Citi in the country. I reminded them that they wanted me to take this job and that they could not let go of me or the DRC a few years later! I was especially afraid that their withdrawal from the country would be a bad signal for other foreign investors.

M&B : What are the major steps?

GM: The first big challenge was monetary reform. At the time Laurent Désiré Kabila wanted to change currency from Zaire to Congolese Franc in three months. That was our first disagreement! I explained right away that it wasn't enough to change the tickets! That things were much more complex than that! He was not happy, and wondered above all how he could announce this to the population, to the Armed Forces, to whom he had made this promise. I suggested that he unload himself on me and that I would assume since at the time the promise was made, he had not yet appointed a governor of the Central Bank. In particular, he passed emergency laws to restructure the banks, and for my part, I set up a shock team that did an incredible job in the field. I also called on former Governors and Vice Governors to better understand what had worked and what had not worked in previous reforms. They did an exceptional job!

GM : Remember that there were four currencies in the country at the time. When Mobutu introduced the new Zaire, there was what was then called the monetary rebellion. And several provinces, notably the two Kasaï provinces, kept the old Zaire, while others refused to use high face value notes because they feared importing inflation for lack of small denominations.

M&B: What was that currency called?

GM : Zaire Currency. For these rebellious provinces facing the Monetary Authority, my strategy has been to empty their reserves of disputed bank notes without them really realizing it. By selling them currency. So I dried them out while I was injecting Congolese Franc. That is how I managed to impose the Congolese Franc in practically a year on the whole territory and to reunify the monetary space. That was my first real big challenge!

M&B: I hope you have a little museum with all these tickets!

GM : I have them all and they all carry the number 002 of series, numbers traditionally reserved for Governors. As for the 001 numbers, they are always offered to the Presidents of the Republic and Heads of State after issue.

Another unforgettable museum piece is the CD and video clip of the song entitled "Mwana Mpo" which was used for the campaign to launch and popularize the Congolese Franc. I composed the song with my childhood friend Jules Wembadio, aka Papa Wemba. It was interpreted by more or less 40 artists in the four national languages in the image of Michael Jackson's hit of the time "We are the world". Having the best of Congolese rumba interpret this song which explains the benefits of a strong economy and which describes the motifs on the new currency in all national languages was unifying. As was the choice of the date for the official launch of the Congolese Franc, 30 June 1998, the date of our accession to international sovereignty. Twenty years later, this song has become a national hit, not only people listen to it and still sing it!

M&B : Where was the Congolese Franc manufact 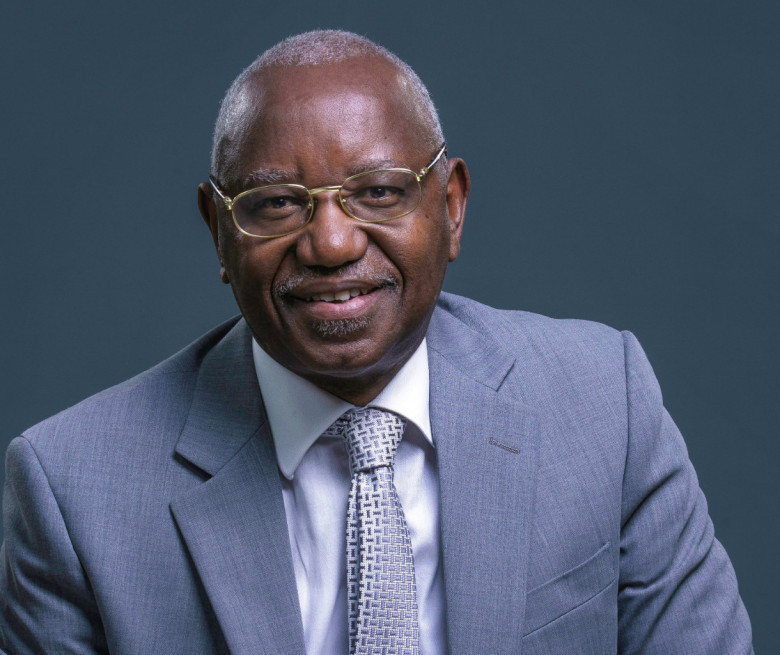