TIERNO MONEMEMBO OR THE CROSSING OF MEMORIES

Editor-M&B
Admin
posted on 2 years ago
—
updated on 2 years ago
669
views
Career
Grand Prix de la Francophonie 2017, the Franco-Guinean writer Tierno Monenembo honoured the book festival in Lubumbashi, DRC, with his presence. An extraordinary event organised by the French Institute and the French Embassy in the Democratic Republic of Congo in November.

Tierno Monénembo was born on July 21, 1947,in Porédaka, Fouta-Djallon, Guinea. In 1969 he fled Ahmed Sékou Touré’sdictatorship and walked to neighbouring Senegal. Côte d’Ivoire became his landof exile, where he continued his studies.

He joined France in 1973 also to study andobtained a doctorate in Biochemistry from the University of Lyon. His roamingwill lead him to other roads, Morocco and Algeria where he will teach. He nowlives in the United States, in Vermont, where he is a visiting professor atMiddlebury College.

He enters literature as one enters religion.His first book Les Crapauds-brousse was published in 1979 by Seuil Editions.Critics have praised his talent, his work has frequently won awards: LesÉcailles du ciel** won the Grand Prix littéraire d’Afrique noire in 1986. Withhis book Le roi De Kahel, which will be awarded the Renaudot Prize in 2008, hejoins the prestigious list of African writers who have also received him, suchas Yambo Ouologuem (1968), Ahmadou Kourouma (2000) or Alain Mabanckou (2006).He will be awarded the Erckmann-Chatrian Prize and the Grand Prix du romanmétis for Le Terroriste noir in 2012 and the Grand Prix Palatine and theAhmadou-Kourouma Prize for Le Terroriste noir in 2013. In 2017, he alsoreceived the highest distinction from the French Academy: the Grand Prix de lafrancophonie. His novels often deal with the impotence of intellectuals inAfrica, and the difficulties of life for Africans in exile in France. His lastbook Le Bled was published in 2016 by Le Seuil.

At Tierno Monenembo, exile is a place thatengages the writer to question the issue of identity. In his report on exile,Tierno Monénembo continually refers to the experiences he had when he fled hiscountry’s dictatorship for an endless journey. Sélom Komlan Gbanou, from theUniversity of Bayreuth in Germany, will write: “Writing is for the novelist agame of autofiction that allows him to invest his various protagonists in theuneasiness inspired by exile and that determines an identity quest in the formof wandering and undecidable. »

French and Guinean, free and committed,Tierno Monenembo is also a writer who denounces, with irony, ferocity, andcourage. And don’t deprive yourself of it. 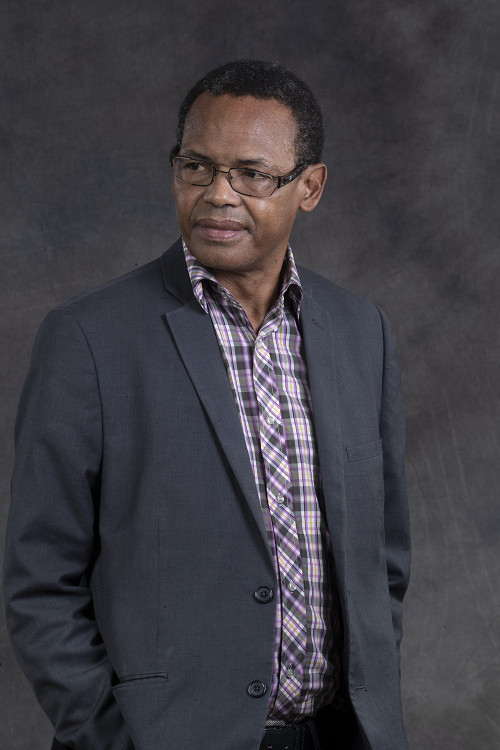