Things never remain the same. Last year, the DRC was front and centre in all discussions and at the heart of controversy at Indaba Mining.

Albert Yuma, Gecamines Manager, started the fight against foreign mining companies from day one of the event by announcing, in a lengthy speech, Gecamines intention to audit its joint-venture agreements.  Further, Gecamines, the Ministry of Mines as well as Lualaba invested, each, in an exhibition stand at the Cape Conference Centre in order to highlight the DRC resources and investment opportunities.

This year, as Mining Indaba took place before the appointment of the government of the new President Félix Tshisekedi (who required a few days before the start of the forum that all public spending should be limited to staff-related expenses), the country's delegation to the conference was quite lean.  The team was led by Ministry of Mines Permanent Secretary, Joseph Ikoli, flanked with several of his deputies and collaborators. The Ministry did have a stand, but it was located way at the back of the conference centre.  Gecamines on the other hand had no official representation, although many of its senior officers attended the event for other activities.

Although government officials were few in attendance, a healthy set of Congolese companies attended Mining Indaba.  The DRC chamber of commerce (FEC) was in attendance, being represented by its mining vice-president, Simon Tuma Waku, and the Head of its Katanga Branch Office, Eric Monga Mumba, as well as the President of the Mining Chamber, John Kanyoni.

ZCCM-IH, Zambia's Gecamines "counterpart", was not led by the person who has been representing the company since October 2014, namely Pius Kasolo.  He was removed from his position as ZCCM-IH CEO on 1 February, only a few days before the start of Mining Indaba.  Although the statement issued by the Zambian state-owned company simply mentioneda "separation" with Pius Kasolo,  who "retired" from the position, and that the company thanked him for his "precious contribution during his tenure", the Minister of Mines from Lusaka rather informed he was dismissed. During a public meeting, the Minister indicated that having failed to comply with the instructions from president Edgar Lungu on the new tax regime applicable to mining companies, Pius Kasolo had to be dismissed.  Mabvuto Chipata, who was ZCM-IH Chief Financial Officer, was appointed acting CEO of the company.

Is production to start soon at Deziwa?

Representatives of the Deziwa Mining Company (Somidez) confirmed that commercial production would commence in January 2020. Somidez has developed an eponymous copper and cobalt mine not far from Kolwezi.  Before production starts, it will take six months of commissioning. The Deziwa mine is operated under joint venture concluded in 2017 between Gecamines and China Non-Ferrous Metal Mining (Group) Co. In April 2018, an investment of 800 million dollars was announced in order to boost the development of the site with production forecasts of 80,000 tonnes of copper and up to 8,000 tonnes of cobalt per year.

Throughout the conference, lawyers, auditors and accountants working in the DRC mining sector underscored that the lack of clarity surrounding the implementation modalities of various measures includes in the laws and regulations recently adopted by the country.  For instance, there no precision as to how the tax on super-profits generated by mining company should be calculated. Yet, the deadline for submission of annual financials of companies in the OHADA zone (of which DRC is a member) is set at end of April.  Mining companies, although being foreign entities, must have a company registered domestically, are all concerned by this fast approaching deadline.   Certain experts also wanted to gain more clarity on the provision which stipulates that 10% of the shareholding of a mine should be reserved to Congolese nationals.  All expressed hope that mechanisms will be put in place to ensure that this provision does benefit the creation of a middle class in the DRC and not help increase the fortunes of some individuals who are already rich.

Conversely, during the annual DRC focused breakfast, Eric Monga Mumba, chairperson of Katanga Chamber of Commerce (FEC) and Managing Director of Kipay, a company that builds power dams, was happy to announce that many decrees regulating his sector were passed at the end of 2018. 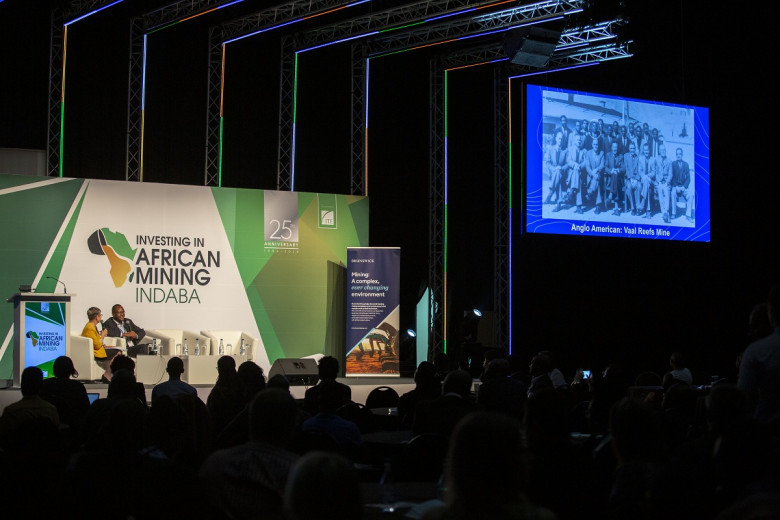 During Mining Indaba, Mining & Business learnt that various mining conferences on the mining sector would he held in 2019 in the DRC.  In March, German Cooperation (with GIZ and its geological research bureau BGR) will organise a meeting on cobalt in Kolwezi.  During this event, companies, public institutions, international institutions as well as civil society organisations will be invited to identify means and ways of promoting a responsible and transparent production of the mineral.  Still in March, Synergy DRC company will organise an event on "Active Women", including women    working in such a key sector as the mining industry.  The event will be held across four cities in the country: Kinshasa for Women's International Day on 8 March, in Lubumbashi on 16 March, in Kolwezi on 23 March and in Goma on 30 March.  From 11 to 13 April, Kipay's manager, Eric Monga Mumba is planning a conference on electricity in the DRC. Power is so critical for the development of mining projects in the country.  Finally, from 19 to 21 June, the DRC Mining Week, which brings together stakeholders of the mining sector in Lubumbashi every year, will be held.

A breakfast to sum it all up a year later

"We shall be extremely brief, as there is much less attendance than last year" were the opening remarks to the DRC annual breakfast at Indaba Mining. The tone was hence set from the outset i.e. the Congolese mining sector is still interesting, but its stakeholders still remain expectant.  They are waiting to see what the mining strategy of the new government will be. They would further like to see how cobalt prices (much less stratospheric in February 2019 than a year ago) will behave and what would be the concrete impact of the provisions of the new Mining Code on their activity, before making long term investments in the country.  As a result, the ambiance was less vibrant than last year.

Even Mark Bristow, CEO of Barrick, the new global gold giant which merged with Randgold Resources in early 2019, seemed less angry with the new legislation than he was in 2018.  Although in a panel held the previous day, he conveyed his criticisms of Mining Code to Joseph Ikoli, Ministry of Mines Permanent Secretary; during the breakfast Mark mainly focused on the success of the Kibali gold mine, underscoring the need for the DRC to have a regulatory framework that retains in the country the investors already operating there.

Louis Watum, Manager of Ivanhoe Mines, a company that is developing the Kamoa-Kakula copper mine, was a bit more disruptive. He stated "we should not miss the point when it comes to the mining industry. This industry merely boosts the proper functioning of the economy. But governance is the real engine that can make or break everything. That is why governance should be the focal point, not mining companies".

It should be noted that Mark and Louis were not really convinced by Joseph Ikoli's speech, who took the floor before them.  In his speech, Joseph Ikoli first and foremost highlighted the aim of the amended Code, namely to turn the mining sector into a win-win partnership for the Congolese State, the Congolese people and the mining companies, as opposed to the 2002 Code which solely aimed to attract foreign investors.  He then outlined what the government achieved in 2018: amend the Code, define the county's strategic minerals and update the country's mining policy by factoring in it the AU African Mining Vision as well as transparency and good governance mechanisms.  Still as part of government's achievements in 2018, Permanent Secretary Ikoli mentioned the development of strategies pertaining to the artisanal sector and against child labour in mines, as well as the creation of a national geological service. As a testament to the State's readiness to dialogue, Joseph Ikoli announced that a national workshop on mining taxation (which has been the cause of tensions between the operators and the State) will be held shortly.

Simon Tuma Waku, Vice President in charge of Mines at the DRC Chamber of Commerce, wrapped up the breakfast by giving assurance that despite a tense and complex 2018, the Congolese mining sector behaved well, more-so as the production of the country's three key minerals increased.  Copper production increased from 1.09 million tonnes in 2017 to 1.23 million tonnes in 2018. Gold production soared to 28,539 tonnes from 23,270 tonnes over the same period. Cobalt registered an exponential growth from 64,000 tonnes to 106,000 tonnes over the same period.  Simon Tuma Waku however warned against an overproduction of cobalt compared to the market absorption capacity, which could result once again in a price crash. 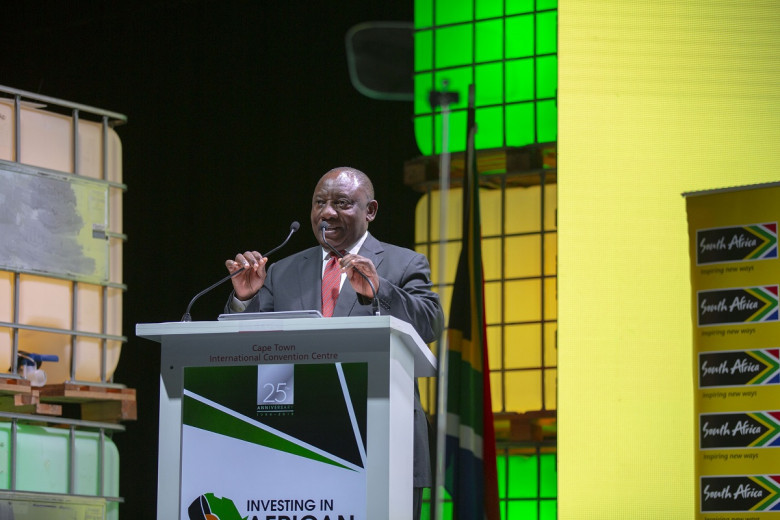 Although the DRC was less central to the debates than in 2018, key issues related to the Congolese mining industry still remained front and centre.  Battery metals were the meaty part of panels' discussions. These metals, including cobalt and lithium which abound in the DRC, are key components of electrical batteries, which are central to the energy transition.  Gold explorers and producers even complained, on the first day of Mining Indaba, that the exponential growth of investments in battery metals and in cannabis (Please fact-check with the author) is complicating financing for gold projects! While emphasis was put on DRC battery metals resources, one panel of the conference however shifted that focus to Zambia's role as a major battery metals supplier on the global market, alongside the DRC.  The need to produce these metals (especially cobalt) ethically and responsibly in the DRC was also thrashed out.  In his speech, Giles Smith, Commercial Manager of ERG Africa, the Kazakh group which runs Boss, Frontier and Comide; has given an increasing importance to these issues. ERG just launched traceability projects using a platform developed by IBM on Metalkol, their new project located close to Kolwezi.

South-African President Cyril Ramaphosa's speech at Indaba Mining on 5 February brought all participants to agree, it seems.  Ramaphosa outlined his 10 Value Creating Principles for a positive and sustainable development of the African mining sector. These 10 principles were echoed the following day by Joseph Ikoli during the DRC break-fast:  companies should foster inclusive growth in the areas where they operate; companies should partner with local governments to improve infrastructure, such as water and roads, in the areas where they operate;   companies need to see investment in the living conditions of their workers as more than a regulatory obligation;  companies should invest in education and training;  companies should partner with training colleges, contributing to the development of curricula and providing work experience for students; companies should embrace beneficiation; companies need to pay more attention to, and invest more in, the health and safety of workers;  companies need to provide internships and job experience opportunities for young people – as well as provide business opportunities for SMMEs; companies must prioritise the development of young women, through proactive hiring policies, prioritised training, promotion and mentorship; and companies must have the courage to include their workers in the shareholding of the companies

South Africa's President seduction approach targeting the mining sector was not by mere happenstance. The fact is, Ramaphosa knows the mining sector very well as he operated in it for years and made a fortune from it.  With the elections looming closer, the drastic slowdown in the mining sector in 2018 in South Africa is of concern to South African authorities.  Investors are now quite shy as they fear that the government could come up with a mining reform along the same lines as the arable land reform.  But President Ramaphosa made it a point to reassure them by stressing that no such reform was in the pipeline.