Editor-M&B
Admin
posted on 1 year ago
549
views
Economy
The DRC Mining Week was an opportunity to discover the team dedicated to the mines of President Félix Tshisekedi. The representative of the presidency in Lubumbashi was Gety Mpanu Mpanu Mpanu, Deputy Chief of Staff in charge of Mines, Energy, Hydrocarbons, ICT and Communication.

The DRC Mining Week was an opportunity to discover the team dedicated to the mines of President Félix Tshisekedi. The representative of the presidency in Lubumbashi was Gety Mpanu Mpanu Mpanu, Deputy Chief of Staff in charge of Mines, Energy, Hydrocarbons, ICT and Communication. Raised in Belgium and the United States, she was President for about ten years of the Ndwenga Organization for Education and Integral Population Development (ONEP) and founded IMA Generation, two Congolese NGOs active in the field of child relief and education, before joining Félix Tshisekedi’s campaign last year. At the opening ceremony of DRC Mining Week on 19 June, Gety Mpanu Mpanu Mpanu recalled that the Head of State wanted to improve the business and investment environment in the DRC, ensuring that the mining sector was the engine of the country’s development, but in the interest of the population.

At the opening ceremony of DRC Mining Week, the speech of Albert Yuma, the President of Gécamines, was, as usual, incisive. Albert Yuma thus embarked on a long speech on the necessary revolution of the model in place in the Congolese mining sector since the 1990s. The president of Gécamines, under the guise of detailing the direction to be taken for the mining revolution in the DRC, defended his record at the head of the public company.

Indeed, while Albert Yuma stated that favorable developments had already taken place with the adoption of a new mining code in March 2018, as Joseph Kabila had wanted it to be maintained “against all odds”, he then stated that legislation could not cover everything, and that it was above all the way in which the mining economic model in the DRC was managed that needed to be reformed so that both nationals and foreigners would benefit.

And to this end, according to Albert Yuma, the first axis to be followed is to redefine the partnership models between foreign operators and the Congolese State, which Gécamines has been working on for several years, first by setting up production sharing contracts for new projects, and then by auditing CGM’s partnerships to rebalance existing ones.

The second axis of the revolution should be to strengthen local added value. This has begun to be done through the 2017 law on subcontracting, which imposes a Congolese majority shareholding in service companies, but also by pushing for more processing of ore in the DRC.

The third and final axis of the revolution to be led is to transform public power into the guardian of resources.

According to AY, the State has so far often not done so, due to a lack of capacity, but also sometimes of will.

ALPHAMIN’S TIN IN THE SPOTLIGHT

Most often trumpeted by copper producers and by the speeches of Mark Bristow, CEO of Barrick (ex-Randgold Resources), the scene of the DRC Mining Week in 2019 left much room for the latest arrival among Congo’s mining operators: Alphamin. Its representatives have been invited on several occasions to speak about the start of production activities at the Bisié mine in North Kivu, a world-class tin deposit. CEO Boris Kamstra recalled that the plant was launched in March and that a first shipment had already been exported to the ore buyer Gerald Metals. He also assured that the break-even point, the extraction of 800 tonnes of ore each month, would be reached by the end of July. Albert Kitenge, Deputy CEO of Alphamin’s DRC subsidiary, explained his company’s approach to mining communities and artisans in this sometimes very tense area of eastern Congo between operators and local residents.

IF NOT CUT, TAKE THE G7 HOME

This year, DRC Mining Week was the scene of tensions between G7 members, foreign mining companies that decided last year to leave the FEC to found their own group (Barrick, Alphamin, Glencore, Invanhoe, MMG and CMOC), and Congolese actors in the sector. Thus, during a panel discussion on the last day, the question session turned into verbal clashes, with one of the speakers asking the G7 members to “come home”, i.e. the FEC.

MIXED PROGRESS ON THE ROAD TO ZAMBIA

In his speech at the opening ceremony of DRC Mining Week, Katanga’s new governor, Jacques Kyabula Katwe, said progress had been made to relieve congestion on the road from Lubumbashi to Kasumbalesa, on the border with Zambia. He mentioned in particular the two new car parks opened in Kasumbalesa, which help to facilitate traffic flow. Drivers must remain there until they have all the necessary documents to cross the border. However, discussions with carriers make it clear that not everything is that simple. For companies that send their drivers away only when they have all the necessary documents, the passage through the car parks can be a waste of time and money, since going to these new facilities is not free. In addition, although there has been a reduction in traffic jams, tensions between drivers remain high. One of the very positive points remains the President’s implementation of an old law that has reduced border services to “only” four: customs, immigration, the Congolese Control Office (OCC) and the National Border Health Programme (PNHF). Compared to the ten that operated previously. 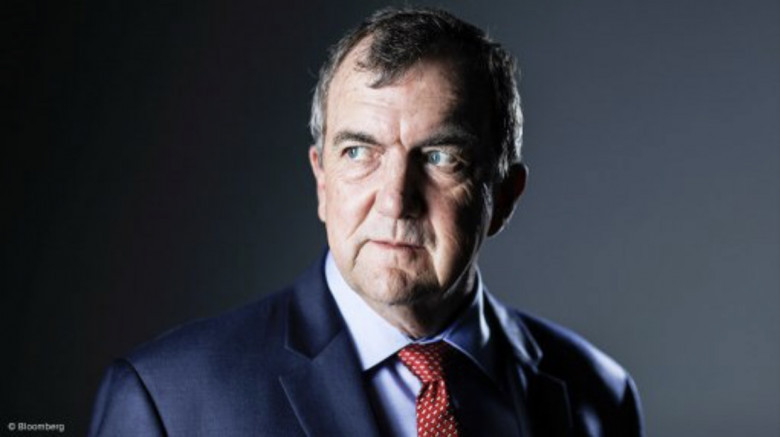 MADE IN CHINA AWARD

The new rules in outsourcing as well as the slowdown in activity at some sites due to tensions between Gécamines and foreign companies are not the only difficulties faced by service companies in Haut-Katanga and Lualaba. For example, the arrival of Chinese groups on a large number of copper and cobalt mines in both provinces has led to changes, not always to the benefit of subcontractors. These companies first imposed a reduction in the price of services. The transport company Hakuna Matata was forced to revise its prices to its largest customer, Tenke Fungurume Mining. TFM, controlled by the Chinese company CMOC, threatened to resort to competition. SODEXO has simply lost its contract to IFS. Chinese miners tend to favour their compatriots, whether they are equipment manufacturers, logisticians or even lawyers. There are more and more of them in the DRC, as demonstrated by the large number of Chinese company stands in the Karavia gardens, and they are winning more and more contracts, to the detriment of subcontractors who have been active in the country for a long time.

Mark Bristow, who is familiar with impact speeches, which often warmed up the atmosphere at DRC Mining Week, did not make the trip this year. The businessman may be too busy to travel to Lubumbashi since he took over as head of Barrick, the world’s leading gold producer born on January 1 from the merger with Randgold Resources. In addition to the fact that Barrick owns mines all over the world, the dates of DRC Mining Week coincided with news about Acacia Mining, a subsidiary of Barrick whose relations with the Tanzanian government are very tense. The other person missing from the call to DRC Mining Week was Sama Lukonde Kyenge, Director General of Gécamines appointed in early June, but whose appointment had not yet been validated. Jacques Kamenga Tshimuanga, who was in office until the appointment of his successor became effective, went to Karavia, as he himself had not yet been confirmed in his new position as a member of the Board of Directors of the SNCC. Of course, a minister of mines was also missing from DRC Mining Week.