Editor-M&B
Admin
posted on 1 year ago
519
views
Economy
On July 18, American, Canadian, German, French, Italian, Japanese and British ministers at the G7 Finance Ministers’ meeting were all concerned about the emergence of the “libra”: the virtual currency Facebook wants to launch is likely to threaten the sovereign attributes of states. A brief overview to better understand, and especially to understand what all this means for our country.

First of all, we need to talk about blockchains. Defining them in a few words is a perilous exercise, but one way to do it is probably to do it through two of the best known ones: Bitcoin and Ethereum.

The Bitcoin blockchain, invented in 2008, is a free and open technology that operates as a peer-to-peer network, without central authority and without going through a financial institution. It allows the exchange of units (bitcoin or BTC) while recording each transaction in a register in which any modification is impossible.

TO PUT IT SIMPLY, HERE IS HOW IT WORKS IN 4 STEPS:

1. Two people agree on a transaction.

2. Thanks to the register (the blockchain), the analysis of the seller’s history ensures that he actually owns the asset or funds, the transaction is encrypted and validated;

3. The transaction is then registered and locked in the last block of the register (of the blockchain);

4. The registry (the blockchain) is replicated among all network participants: falsifying transactions would therefore require modifying the registries of all network members.

Created in 2014, the Ethereum blockchain is inspired by the Bitcoin blockchain, but more than just moving money from point A to point B, it is designed to support an unlimited number of applications.

Ethereum is characterised by “intelligent contracts” and “DAOs” (acronyms for autonomous organisations without a central control body). Smart contracts” are computer programs that record and/or execute the terms of a contract when the terms of the contract expire (a financial loan, the issue of a share, a vote, a marriage contract, etc.) and whose characteristics have been clearly defined in advance. In the context of an insurance contract, for example, if the conditions for reimbursement are met, then the contract is executed and operates a transaction to compensate the insured. A “DAO” works through one or more intelligent contracts that provide a community with transparent and immutable rules of governance and secure exchanges.

At the same time as  Ethereum and gradually, other blockchains (public, private, etc.) are emerging, and new horizons are opening up for experimentation. However, they all have characteristics in common: the data is centralised, encrypted in blocks, evenly distributed over the network, and any transactions are approved by consensus. 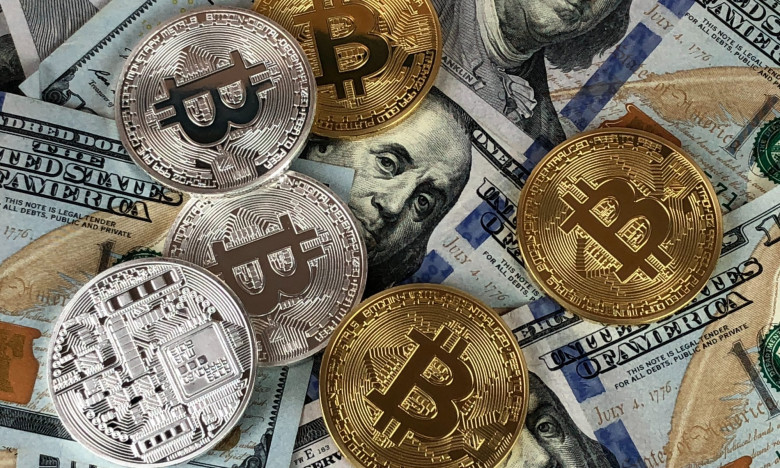 WHAT ABOUT THE DRC IN ALL THIS?

To talk about us, let’s first look at crypto-currencies and the reasons, at least three, why the members of the G7 Finance are going on a crusade against the Facebook libra:

1. The libra is presented as a stable cryptomonnaise, as opposed to virtual currencies that experience large fluctuations such as Bitcoin: Facebook’s future currency would be backed by a basket of currencies whose prices should tend to balance and prevent prices from soaring in response to fluctuations in the foreign exchange market.

2. Regulators and governments alike must be concerned about the risks of money laundering, terrorist financing, data protection and transaction security.

3. Cryptographic currencies such as Bitcoin, Ether or Libra, unlike other monetary currencies, are not the embodiment of a state’s authority, but they challenge the virtual capital on which all the world’s currencies are based - trust through the rules set by central banks, arrogate the ability to mint money and be more powerful than states.

These prospects are likely to threaten the stability of the international monetary system and even the sovereignty of some countries, and even more so when the digital giants have a capitalization greater than the wealth of the State.

Admittedly, the most well-known application of Blockchain technology is cryptomoney, but the possibilities offered by Blockchains are now extremely numerous in all areas of the economy and society: finance, insurance, voting systems, the keeping of cadastral registers, the Internet of Things, the authentication of diplomas that can be verified by everyone, the traceability of medicines, etc.

One of the concerns revealed by cryptocurrency is the speed at which technological innovation takes over the institutional framework because, in reality, while Bitcoin and other ethereum have demonstrated that they have the capacity,  with the 2.38 billion users of Facebook, to realize that it can profoundly transform the economy and society.

According to the economist Schumpeter, the new does not come out of the old, but appears next to the old, competes with it until it ruins it. It is now urgent and essential that our institutional framework be attentive to these changes, and the development of an “institutionalized culture of innovation” will certainly be one of the vectors.