Editor-M&B
Admin
posted on 1 year ago
650
views
Economy
The idea that companies must be responsible has its roots in the United States since the 1950s. The principle? If companies no longer focus solely on their profits but also on the impact they have on society, they will benefit.

In 70 years, things have changed, and CSR, corporate social responsibility, is now a given. The Synergy agency, based in Lubumbashi, has positioned itself as a consulting expert in this field and supports DRCongolese companies in their CSR policy and achievements.

With the development of environmental, but also social and economic concerns in the second half of the 20th century, and with globalization, corporate responsibility is becoming an increasingly important issue. More and more consumers are becoming critical of companies and want them to better respect the laws, the environment and be more responsible in general, even talking about “shared value”.

Since the 1990s, the governments of several countries have put in place regulations that will lay the foundations for modern CSR. From then on, companies will have to invest in CSR. We then begin to talk about “CSR” as a management, communication and development tool for companies. CSR has become essential to improve the image of companies, but also to better manage resources and improve productivity.

OPENNESS TOWARDS THE COMMUNITY

Today, CSR is really beginning to take hold of the way companies operate. The CSR approach is taking on a new dimension and is gradually becoming part of a real strategy to open up the company to its stakeholders. Today we are talking about a company with a mission, a contributing company.

CSR IN THE DRC

In the DRC, the private sector is increasingly being questioned about its involvement in concretely developing community life and the ecosystem in which its industrial units are located. In parallel, the United Nations has also launched the Global Compact initiative, which encourages companies to get involved in the MDGs and measure the impact of their activities on the social and economic development of communities. 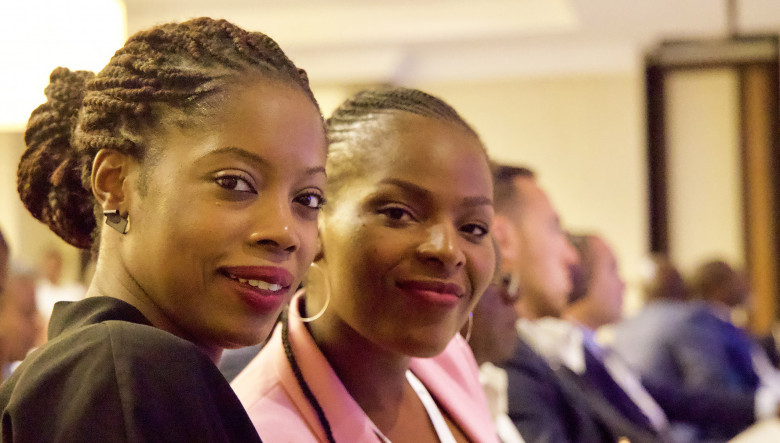 Synergy DRC, a communication and events agency specialising in CSR, co-led by Mushiya Kabeya and Kamberly Manianga Akeke, popularizes the concept of CSR and promotes the benefits for companies of investing in community development, by offering programmes and support to organizations.

In March 2019, the focus was on MDG 5, namely “gender equality”. To assess companies on their efforts to promote gender and improve gender equality, some 40 companies in Kinshasa, Lubumbashi, Kolwezi and Goma first responded to the survey conducted by Target SARL, a market research firm, in order to better understand the existing situation.

As the main platform for discussion on Corporate Social Responsibility in copperbelt, IDAK, Sustainable Development Initiatives in Greater Katanga, brought together some 100 social actors around the theme “Women and Mines, Access to Mining Resources and Creating Favourable Conditions for the Promotion of Women’s Employment in Mining”.

Mushiya Kabeya, from Synergy Agency, presented the best practices of countries that have succeeded in improving the role of women in the mining sector, such as South Africa, Angola and Canada. The various women’s organizations in the mines have decided to set up a platform called WIM DRC, Women in Mining in DR Congo. The platform will be chaired by Dorothée Masele, Senior Social Communication specialist, TENKE FUNGURUME MINING, and led by the RSE Synergy agency.

During these two days of the IDAK session, all tripartite stakeholders, the public sector, the private sector, and civil society, issued recommendations that constitute concrete measures to be taken today, for a better representation of women in the mining sector tomorrow.

THE INVOLVEMENT OF THE PRESIDENCY

Finally, it should be noted that Getty Mpanu Mpanu Mpanu, Deputy Chief of Staff in charge of infrastructure, mining and hydrocarbon resources, energy and ICTs, at the DRC MINING WEEK in June 2019, promises to bring the voice and demands of women in mining to the highest decision-making levels.