Editor-M&B
Admin
posted on 3 years ago
—
updated on 2 years ago
956
views
Economy
As every year, at the end of October, the international rankings on the ease of doing business were anxiously awaited by the central administrations and, as every year, generated their share of government commitments to improve the situation.
Between the World Bank’s Doing Business and the World Economic Forum’s Global Competitiveness Report, where does the DRC stand? Analysis. 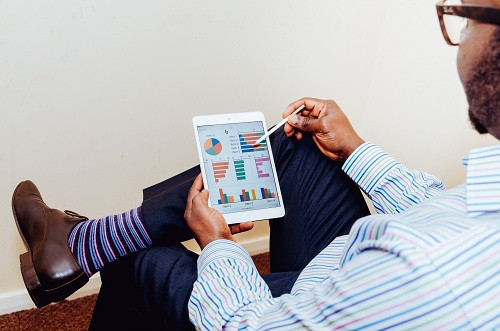 Many fantasies circulate on the Doing Business and GCR rankings. Each of the countries sees it, when the classification is positive, as a tool to promote its economy and, when it is less so, as a sanction for the policies pursued.

The fact is that concerning the countries image, being in the top 50 is much more flattering than being in the backpack. However, it remains true that these rankings only reflect part of a country’s economic reality and have very little influence on a company’s decision to invest in the country.

That being said, and while these two rankings have definite interest, it mainly lies in the fact that they allow countries to measure the rate at which they are progressing and, correlatively, to see whether this rate is higher or lower than the others. Because, let us not forget, the competition is global. Therefore, if one country’s progress is too slow compared to the others, it regresses despite the fact that his efforts seem essential, even satisfactory.

How does it work?

Regarding Doing Business, ten main indicators are scrutinised, including ease of setting up a business, access to electricity (connection time), business regulation and its applicability. Each of the ten indicators is ranked globally among the 190 countries studied — the overall average allowing the country to be placed in the overall ranking.

Ratings are awarded following the analysis of questionnaires sent to the main foreign investors in the country and audit firms, combined with the analysis of international expert missions to the field.

The GCR ranking, also known as the Davos Ranking, works in much the same way, with the difference that its 78 indicators are considered by many to be much closer to investors’ concerns. In particular, the “Davos” provides a much more detailed and global vision of country performance concerning human resources training, research, infrastructure, supply chain, global environment, and so on.

What about the DRC in the 2019 rankings?

Despite an increase on three indicators, “transfer of ownership”, “cross-border trade” and “contract enforcement”, the Democratic

Republic of Congo lost two places in the DB 2019, from 182nd to 184th place. This poor performance is due to a faster pace of reforms in other countries, particularly in sub-Saharan Africa. As a consolation, however, it should be noted that the country has more points than in 2018, which suggests that, despite everything, the business climate has improved.

Nevertheless, it should be noted that the ranking reflects a real desire to improve the legal framework and a definite improvement regarding press freedom and - Big up! - Places the country in 9th place worldwide regarding the place and promotion of women in economic activity. However, the report notes a lack of political visibility and stability for investors and, even more, severe than the Doing business in this respect, does not give it any points on the issue of insolvency resolution.