Editor-M&B
Admin
posted on 3 years ago
—
updated on 3 years ago
1,184
views
Economy
ER: The Chamber was created last September. A first event was created in cooperation with the French Ambassador: Le Beaujolais nouveau. We have a board in which three major French companies are represented, namely Total, Lafarge and Bollore. The other four members of the board being individuals like me. 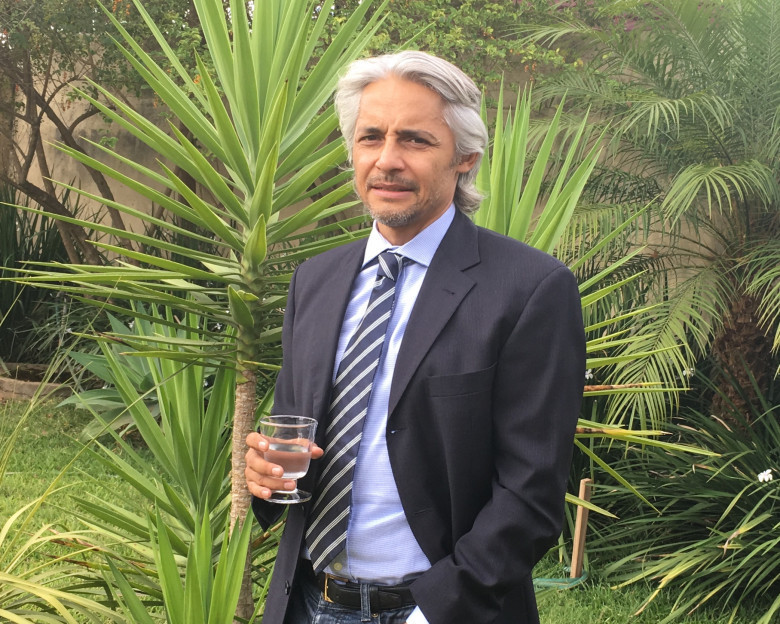 Mining & Business: Mr. Vice President, could you introduce yourself in a few words?

Éric RAMBELOSON: I am French. I have been in Zambia since 2001. I handled a big Zambian company for seven years. Then I went back to France and Madagascar. I came back in 2010 where again I took care of two companies, including a private hospital. I am now a consultant and I do business development.

MB: What exactly does the CCFZ represent? How many members?

ER: The Chamber was created last September. A first event was created in cooperation with the French Ambassador: Le Beaujolais nouveau. We have a board in which three major French companies are represented, namely Total, Lafarge and Bollore. The other four members of the board being individuals like me.

MB: Are you interested in collaborating with other Chambers of Commerce in the region, for example?

MB: The President of the Franco South African Chamber, Yves Guenon also gave us an interview. He plans to lead a delegation of French investors to the DRC Mining Week, which is the major event in June in Lubumbashi. Would you be interested in doing a “common pavilion” for example?

ER: Yes, absolutely! By June, we hope to have a number of members, including mining workers. And indeed, why not? We are very open to this type of event.

MB: Would you also be ready to go to Kinshasa for the French week later in June?

ER: Yes, why not. We’re all open-minded. Once again, the idea is to work on the Africa-South Africa region, including Congo, and to have partnerships with all the Chambers in the region.

MB: With your experience, what would be the sectors in which the Franco-Zambian Chamber of Commerce could operate in the DRC?

ER: In the DRC, I think, we could help Zambian companies to establish themselves in the DRC. Essentially, assistance to Zambian mining companies and subcontractors wishing to set up in the DRC.

MB: Is there anything else you want to share with us?

ER: Once again, the growth sector in Zambia today is mainly mining. This is a sector that has always been buoyant for 40 years. So is tourism. I think that tourism, the Zambian government, is doing its utmost to develop tourism to see synergies with other companies. So these are the main sectors and also the agri-food industry.