Fall of the Yuan: from trade war to currency war

Since mid-June, the Chinese currency has been falling against the dollar and has reached its lowest level in over a year, despite the efforts of the central bank. But what is happening in the Middle Kingdom? 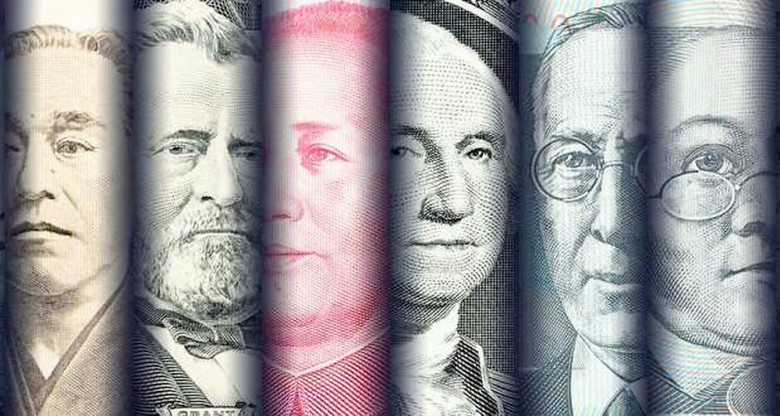 For a few weeks, the markets have been wondering: but what game is the Chinese Central Bank playing? Officially, she supports her currency, that's obvious. However, despite what resembles a voluntarist policy of maintaining the Yuan, the "People's Mint" continues to lose value against the American currency.

Trade tensions between China and the United States are probably not unrelated to these speculative movements. Indeed, the "all flame" policy of the American President to rebalance trade, deemed contrary to the interests of the USA, between the main powers and his country is not for nothing. And everyone knows that the tenant of the White House has put China right in his sights on this subject.

Indeed, while an agreement was reached in extremis with the European Union under pressure from Berlin - Germany wanting to continue selling its luxury sedans on the other side of the Atlantic without problems -, it is far from being the same with Beijing.

So, what are the Chinese central bank's levers to, on the one hand, keep the country's first export customer despite a 20% increase in customs duties?

Apart from a controlled devaluation allowing it to compensate losses by boosting its exports, its room for manoeuvre is, in fact, very narrow. We will note that the "currency war" as a weapon of "trade war" has always been "good war", and it is not the Americans, specialists in this little game, who will contradict me.

Yet, and this is the point that makes the World question itself, Beijing is officially pursuing a voluntarist policy to support its motto. She sells massively her American Treasure Bonds buys Yuan with her dollars, buys the Euro en masse, in short: a priori, it should work, and yet... tirelessly, it falls!

So how is this little sleight of hand possible?

Well, it would seem, according to some experts, that the discourse is not the same when the Central Bank addresses the world and when it addresses its entrepreneurs, insurers, bankers, etc., but when it addresses the world, it is the same. The latter have indeed been particularly active for some time in selling Yuan en masse; and, where the rosepot seems discovered, it is that the said experts claim that the Chinese capitalists would do so on order.

So, basically, Beijing is keeping its face by saying that it is doing its best not to devalue, but that it alone cannot counter local investors' mistrust of the national currency following the new rules imposed by the American administration. Pretty smart, huh?

This monetary policy not being without risk for the giant of Asia which is not only the first importer of raw materials, but which, moreover, faces a crisis of the repayable external debt, it also, in sound and stumbling dollars, other levers must be used to minimize the breakage.

It is therefore quite conceivable that one of Beijing's techniques for circumventing the deflationary crisis would be, for a time at least, to lower commodity prices by reducing pressure on its purchases. Its stocks are consequent therefore, no risk of shortage in the short term, and this will fill all or part of the shortfall, the time that the storm spends with Uncle Sam.

Copper seems to be one of the first victims and has seen its prices fall alarmingly in recent weeks, dropping from around 7000 to 6000 USD/tonne, just like cobalt, which had almost hit the 95,000 dollar mark in May and which is coasting at around 66,000 at the time of writing these lines (August). Gold, which in times of stress generally enjoys a rebound, is also at its lowest level in 12 months.  Same for aluminium, steel, tin, etc. Oil remains more or less stable, around 73 USD.

A matter to be followed closely in any case, and which can have a very serious impact on our national economy.