Editor-M&B
Admin
posted on 3 years ago
2,611
views
Economy
In a press release in the international stock market at the end of July, Brexia Gold Plata Peru, controlled by the Congolese businessman, Luc Gérard Nyafe, announces its entry in the capital of Auplata, first French gold producer listed on the stock market (euronext Growth – Alaup). 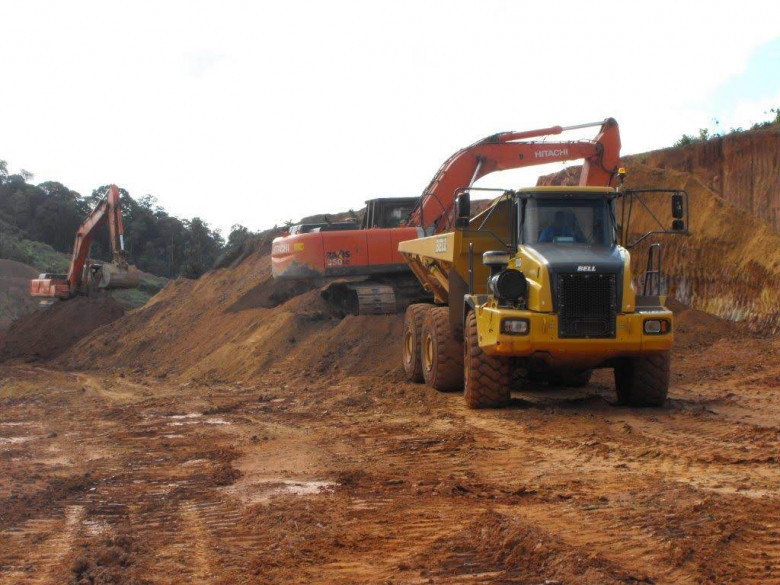 A closer look reveals intriguing details. In essence, this purchase could quickly turn into ‘bingo’ for its author, and for the happy few who will invest in the business.

Luc Gérard, settled in Colombia for about twenty years, where he has raised some six hundred million dollars through his investment fund, Tribeca Asset Management, is not a beginner. The man is also known a true builder of an industrial empire and not a speculator on the stock market.

Let’s try to understand the set-up.

Who is Luc Gérard? What is Brexia Gold Plata, and what about Auplata?

Regarding the first point, Mining and Business had offered you a great interview in its issue number 15. We learned that Luc Gérard had decided to invest in the DRC, via Strategos, the Congolese subsidiary of Tribeca created for the occasion.

Specialising in health and agro-business, she took part in the vision of her majority shareholder, who, aware of the potential, and betting on the post crisis, made an almost romantic return to the country of his ancestors to place his Colombian marbles.

This opportune romanticism has been cleverly calculated and seems, at present, rather juicy. Between agro-industrial farms that have reached the exploitation phase and the first hospital care units, everything would be best for Strategos – and that without waiting for the post-crisis period!

In addition, Luc Gérard positions himself as a champion of industrial diversification, has a media image rather advantageous, intervenes in economic conferences by castigating the political cant of his compatriots … and becomes in a few months a true national iconic figure!

The character, incidentally sympathetic, is obviously a formidable chess player.

In fact, with this purchase of Auplata, another question comes to mind: Wouldn’t Luc Gérard seek, and since the beginning, to get his foot in the door in the DRCongolese and African mining business?

The set-up, through the purchase in cash, by increasing the number of shares, of more than 8% by Brexia Gold Plata, of the French mining company Auplata, which has most of the gold concessions of French Guiana – about 350 tons of gold estimated – is indeed interesting in many instances.

Auplata, known for its chronic losses since 2006, has been focusing on two points, for years, to recover its financial health: the operationalisation of the cyanidation plant of Dieumerci, gold deposit in French Guiana of about 18 tons of gold, and the adoption of the new mining code after years of procrastination by successive French governments (yes, it is not only in the DRC that the mining codes are changed!).

Now, it turns out that the cyanidation plant has been completed for a few months and that the operating phase is so close. The new French mining code being, finally, voted.

Yet, despite this excellent news, investors are still reluctant to buy Auplata. It is true that under the pressure of Macron’s Mr. Environment, Nicolas Hulot, the famous ‘Montagne d’Or’ (180 tons of gold over 7km2!), one of the largest gold deposits in the world, located in French Guiana, and partly under concessions from Auplata, still hardly waits to see his exploitation authorised.

In addition, after years of investment without production, the Auplata coffers were almost empty and capitalisation in cash was therefore essential.

And this is where the flair of our Congolese comes into play. He knows that Auplata needs funds; he also knows that the Dieumerci plant is operational; he eventually knows that Auplata owns, through its 27% stake in CMT, the ’Compagnie Minière de Touissit”, mining concessions of zinc and silver in Morocco and Ivory Coast. He is familiar with the South American terrain and masters the African terrain thanks to his exceptional network on the Continent. He has the funds. Easy game!

Cherry on the ingot, in the early 2000s, Auplata acquired some share in the capital of the very serious Swedish satellite geological research company, ASA Element. This may prove very useful in a continental area where most of the geological data are from more than 50 years ago.

In short, last July, Brexia Gold Plata, the Peruvian subsidiary of Tribeca, specialising in gold mining in Peru (the former Inca kingdom is the sixth-largest world producer of gold), put in some five million euros to acquire 8% of Auplata at the price of 0.14 euro per share while the share is around 0.05, by proceeding with an increase in the number of shares. This capital contribution certainly makes it possible to fill the coffers and to have the cash flow necessary for a solid recovery of the activity for the company. Early August, Luc Gérard de facto joined Auplata’s Board.

But why 0.14 euro would you tell me? Would Mr. Gérard be a bad businessman capable of overpaying?

No way, Jose! Not only is the intrinsic value based on reserves 2 euro in ‘share’ but, according to our source, Brexia has received BSA (Warrants) which merrily compensate the premium.

Isn’t the Guyanese gateway the gateway to this African continent that Luc Gérard dreams of conquering? Indeed, in light of the press release, the cash received by Auplata should only be used for the rise of the latter in the capital of the CMT, and therefore to boost the activity of Touissit. After a survey by M & B, with its 13 concessions, 18 operating permits and 35 research permits, it appears that the CMT is fast becoming an African giant in lead, copper, zinc and silver, thanks to new exceptional deposits discovered in 2016.

The attentive reader will say: But how can the cash then be used for the exploitation of Dieumerci, in Guyana, if it is used for CMT? And he will be right. But let’s not forget that CMT is already in the exploitation phase and that Brexia Gold Plata Peru, which is currently reaping benefits, produces 2 million dollars of monthly surpluses. Enough to give a little help to new Guyanese partners…

In billiard, this is called a multi-strip shot, and for the part that interests us, it’s a safe bet that the balls are in gold for the shareholder with 80% of Brexia GPP, Luc Gérard, and for all those who will follow him in this adventure of reconquest of the African extractive industry by the Africans.

Without wanting to play the budding Soros, I think that buying Auplata, while the share is around 0.09 euro mid August remains a big winning shot in the very short term.