The "I denounce!” By Albert Yuma

"That took a long time!”, as the journalists present at the press conference organized by Gecamines pointed out, for the management to react to accusations of embezzlement by some international NGOs present in the DRC. But, at least, it's done! And well done, indeed. 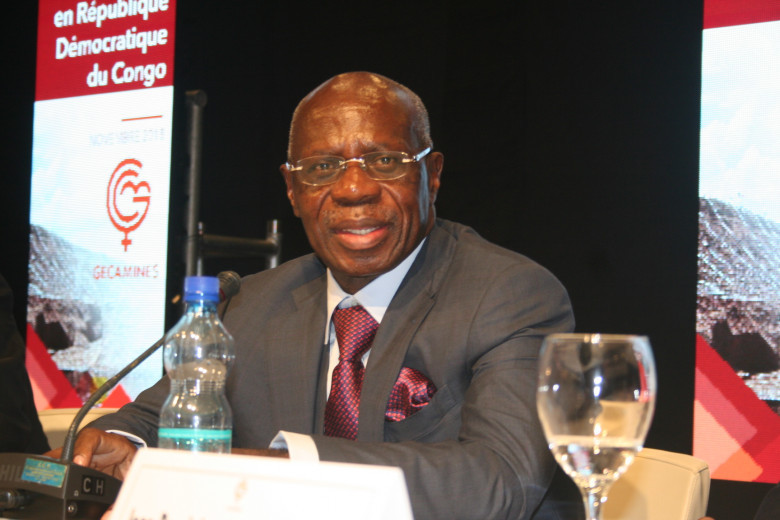 It is in front of all that the DRC has as key players in the sector - Minister of Mines, Portfolio, Industry, Presidents of both Chambers, and an audience of journalists rarely seen in Kinshasa, among whom the "star" Colette Braekman, that Gécamines responded to accusations by the Carter Center, amongst others, at the Grand Hotel Pullmann of Kinshasa (November 28). It must be said that the theme of the conference: "The truth about the NGOs lie" did not lack attraction.

Represented by its Board of Directors and its Management, standing as one man behind PCA (chairman of the board of directors) Yuma, and staged with a professionalism beyond reproach (two giant screens, report published in glossy version and given to each of the 250 participants, five-star hospitality ...), the flagship company of the national mining industry has, accusation after accusation, dotted its "i’s", and methodically proven the defamatory nature of NGO reports.

More precisely, speakers were able to, budget line after budget line (supported by statements made to the EITI in recent years), dismantle points raised by accusations of major foreign NGOs, some of which alleged that up to 750 million US dollars were embezzled, as well as a loss of profits worth several billions in funds, by the Congolese State.

Following this two-hour demonstration based on factual and accounting elements, it is clear that the financial analysts of the so-called NGOs misinterpreted the reports and made a rather random mix of what they read in the press, with parts often misunderstood. Note, for example, the fact that they did not notice that some important payments were made over two fiscal years and denounced the absence of tens of millions, whereas these appear clearly in the statement of the following year. Or the fact that they had confused loan lines with revenues. In short, the reality is that the 750 million alleged to be missing (which has been the focal point of the national and international press), is duly accounted for, with supporting evidence, in the balance sheets of the GVM, clearing the Board of Directors of any misappropriation or abuse of corporate assets.

Beyond this very convincing demonstration, several questions submitted to the room by Chairman Yuma in a fiery speech with a victimized hint, seemed to take center stage. Amongst those, we will consider two in particular.

The first question points in the direction of the dual game played by some of these NGOs. Largely subsidized, are they not doing the bidding of foreign interests? Secondly, are they not the Trojan horses of Western economic interests, simply disguised as the shield of “impartial and independent counter-power”?

This debate is not new. One can argue that, contrary to what Mr. Yuma asserts, this conundrum stretches far beyond the borders of the DRC, bleeding into what ought to be viewed as a deep contempt of the Black Man. The Russians, the Venezuelans, and the Chinese know something about it.

However, when such reports are not only taken up by the national and international media, but also by the representatives of the American Congress, without having received the discharge of independent experts in accounting or mining management, and without a right of reply having been proposed, there is cause for alarm. Notwithstanding, it is more than worrisome that by moving from the conditional, to the present tense, the same press and US Congress have gone from titles like, “The direction of the GCM would have embezzled... “, to headlines that read "Embezzlement at the Gécamines: the evidence brought by the report ... ".

Moreover, neither the NGOs nor the accusing press seem able to provide facsimiles of evidence, contracts, balance sheets, likely to prove their claims. And, there! Let us be clear; this is de facto, as Chairman Yuma has pointed out, under the influence of Justice.

Therefore, should we question the link between certain Western interests and NGOs, each of which may admit that they are ultimately in their role, be it by the economic and democratic model of which they are the fruit? And above all, should we switch our focus to "big international conspiracy against the DRC" mode? Maybe, but it's a little old. In addition, if we note, in truth, serious slippage and a lack of expertise on certain topics, including, among others, that of Gécamines, we must not forget the essential role of whistle-blowing that these same NGOs have to uphold on many chapters, including the actions of some multinationals on our territory.

On the other hand, we will agree that the problem is much more about the press and the decisive role it plays in this matter. Here again, a vast debate that is far from being unique to the DRC.

The dangerous links that characterize the relationship between press and power are obviously not exclusive to our country. Nonetheless, economic patriotism should at least require the local press to check its statements thoroughly before publication on such delicate subjects, which could undermine the image of the country to this extent. And this conference has had the immense merit of reminding the whole profession of that fact.

In conclusion, after years of a so-called "head in the sand" communication pattern, particularly unsuited to the stakes, Gécamines understands, and does so rather well, what crisis communication is. Like all major mining companies on the planet, it has a pool of experts in the field, who are equipped to shatter conventional wisdom. These communicators - young, connected to the world of today, and mastering the media mechanics – have mastered the art of dissecting information – it is their job. Let's hope that their approach inspires other holding companies ... Because what is at stake is the credibility and image of the country, to the rest of the world.

PS Autosatisfaction: Readers will recall that M & B offered this right of reply to Chairman Yuma in a major interview (M & B19). We hope to have thus marked our attachment to a press in which everyone can express themselves, without any bias.