The Chamber of Mines recently published its report on the state of the mining industry for the first half of 2016. Production faces a challenging climate with prices down 26% since 2011 and current figures far from encouraging:  -4.5% for copper and -11% for cobalt. The situation has Gécamines looking for new strategies and new participations while trying to capitalize on its existing partnerships. Yet, for many mining sector observers these measures are somewhat surprising. The company has trailed a debt of over $1.2 billion for several years though now managers have announced they are able to buy Freeport’s stake in TFM, valued at over $2.6 billion. In addition, these planned reforms will put 2,000 people out of a job adding to a list of laid-off workers who have been waiting for their final paycheck for months. It begs the question whether Gécamines actually does have the finances necessary to get its projects off the ground and if it can count on support from reliable partners. Too many partnerships in the past have turned out to be ineffective while the company’s own production is no longer comparable with that of its glory days. It seems Gécamines doesn’t have a clear vision of what its place in the mining sector should be and what role it can still play. Regrettably, the company did not wish to talk with us for the publication of this edition of M&B. Let’s hope it soon changes its mind and can reveal its vision for the future, what projects it has in the pipeline and how it intends to achieve them. 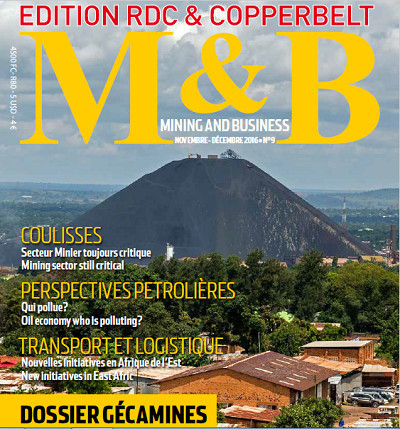