Editor-M&B
Admin
posted on 2 years ago
401
views
Edito
In December, the Congolese people are called to the polls. Let us simply hope that when choosing his leader, he thinks pan-Africanism, humanism, openness to the world

In December, the Congolese people are called to the polls. Let us simply hope that when choosing his leader, he thinks pan-Africanism, humanism, openness to the world… And that all the energy spent in political politics is transferred to the economy and development of the country. Because the Congo deserves to regain its place in the concert of great nations.

For this last issue of 2018, Mining & Business has innovated by offering you a long field survey on the strange disappearance of the Lubembe spring in Sakania.

We give the floor to the ‘voiceless’. However, as some would have done, there is no question of making an indictment against Frontier. Companies have societal responsibilities, which are more or less respected. However, this should not first clear customs for the state that collects the taxes of these same companies. Recently a great Zambian boss told us: ‘I am not here to build roads.’

You will also find in this issue a report on the two business events that took place in September and October in Kinshasa. Namely, Makutano and the Belgian Week.

On behalf of the entire editorial staff, I still have to wish you and your family and friends a happy holiday season and, in the meantime, a good reading! 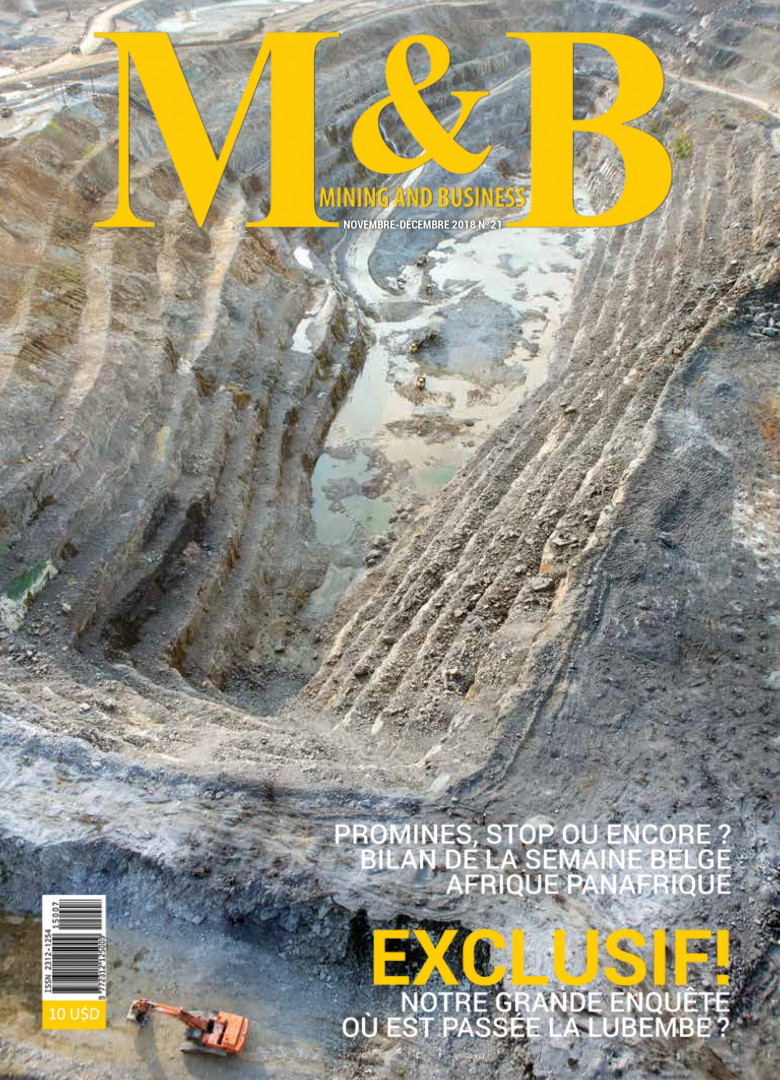