Editor-M&B
Admin
posted on 3 years ago
—
updated on 3 years ago
1,135
views
News
In 1995, the Cartier Foundation for Contemporary Art presented the first monographic exhibition outside the African continent of Malick Sidibé, a Malian photographer. One year after the artist's death on April 14, 2016, they pay homage to him with Mali Twist*, a major retrospective exhibition of 250 photographs accompanied by the book, designed and directed by André Magnin in collaboration with Brigitte Ollier.

At the time, Malick Sidibé travelled through the evenings of the capital with his Kodak Brownie Flash to photograph the urban youngster discovering dances from Europe and Cuba. A wind of freedom blows over Bamako. Couples wiggle each other while twisting to rock' n' roll and Afro-Cuban music. Girls wear mini skirts and boys trousers with elephant legs. Every Friday and Saturday evening, surprise parties are organised, one wore the last trendy item of clothing, played the best 45 rpms. Malick had to be there for the party to start. Everyone wanted to be photographed. He was Bamako's eye, everybody knew him, and he knew everyone", explains André Magnin, curator of the exhibition, who helped to make the artist's work known in the West. The next day, the young people met on the banks of the Niger River to swim and picnic in front of Malick Sidibé's camera. “Malicki”, as he was nicknamed at the time, became the “youth reporter”. A privileged witness to the Bamako evenings of the 1960s and 1970s, he photographed in black and white, the cultural and social life of his city which had been in full turmoil since Mali's independence in 1960.

“After the proclamation of independence, there was much hope, euphoria and freedom. The young people needed these celebrations to emancipate themselves. Photography was a way of asserting oneself and regaining control over one’s image”, says Malian writer Manthia Diawara, who grew up in the same neighbourhood as the artist, a “big brother” to him.

Son of a Peul peasant, Malick Sidibé was born in 1935 in Soloba, a village south of Bamako, near the Guinean border. After a stint at the "school of the white people", he obtained his degree at the Sudanese Craftsman School and his diploma as a jeweller. At 20, he was spotted by Gérard Guillat, known as "Gégé la pellicule", who hired him to decorate his studio. There, the apprentice realised his first portraits of Malian clients. In 1962, the self-taught photographer opened the "Studio Malick" in Bagadadji, near the large mosque. His shop quickly became the capital's undisputed hot spot for portraits. Shepherds, boxers, teenagers, children dressed up for the carnival, Malick Sidibé photographed his models with an always complicit eye.

"The client relies on me a lot; you have to reassure him. Make him more beautiful. I watch his demeanour, we joke together, there's always kith and kin. It takes trust. And happiness. I don't like sadness in photography, it's misery", he told journalist Brigitte Ollier in an interview in 1997.

In 1995, the Cartier Foundation presented the first exhibition of the artist's work outside the African continent. A few years later, Malick Sidibé was the first African to receive the Hasselblad Photography Award. In 2007, he won a Golden Lion of Honour for his entire career at the Venice Biennial.

The exhibition brings together for the first time his most exceptional and emblematic photographs; vintage prints he made between 1960 and 1980; a selection of "folders" gathering his evening shots as well as a collection of unpublished portraits of timeless beauty. This exceptional set of black and white photographs, a real plunge into the life of this great photographer, reveals how Malick Sidibé was able to capture the vitality of Bamako youth from the early 1960s onwards and impose his unique style, now recognised throughout the world. The title of the exhibition, Mali Twist, refers to the song by Malian singer and guitarist Boubacar Traoré, released in 1963.

Throughout the exhibition, the Nomadic Evenings invite Malian artists, musicians and thinkers of all generations to dialogue with Malick Sidibé's work. Concerts, popular dances, traditional puppets, a travelling photo studio or encounters around music and dance will be the rhythm of the exhibition, as well as projects and voices that echo the joys of life inspired by Malick Sidibé's photographs.

Not to be missed under any circumstances. 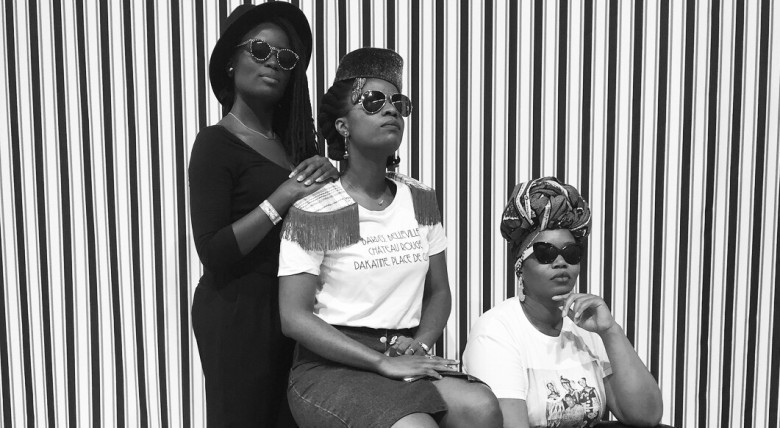