The agreement on INGA 3 is signed!

Editor-M&B
Admin
posted on 2 years ago
—
updated on 1 year ago
534
views
News
Two companies, one Chinese and the other Spanish, will have to submit to the State “the final outlines of the project”, the cost of which is estimated at 12 billion euros.

On Tuesday, October 16, the DRC announced the signing of an “exclusive development agreement” with two foreign companies to try to finance its Inga III hydroelectric dam project on the Congo River, with a capacity of 11,000 megawatts.

For this long-standing project, which has an estimated cost of 14 billion dollars (12 billion euros), the agreement was signed between the DRC and the China Inga 3 and ProInga business groups, according to a statement by the Congolese presidency. China Inga 3 is led by Three Gorges Corporation (manager of the gigantic Three Gorges Dam in China), and ProInga by Cobra Instalaciones y Servicios, a subsidiary of the Spanish construction group ACS, led by Florentino Perez, also known as President of Real Madrid.

“Under this agreement, the DRC ratifies the constitution of a single consortium by the two groups”, the presidency explained. “These groups undertake to finance implementation studies” at the end of which “the single consortium will have to submit to the DRC the final outlines of the power plant project, the cost of which is estimated at 14 billion dollars”, continues the Congolese Presidency.

TAKE OVER FROM INGA I AND II DAMS

Inga III should theoretically take over from the Inga I (1972) and Inga II (1982) dams installed on the rapids of the Congo River in Central Kongo Province (West).

In its statement on Tuesday, the Presidency confirmed that the DRC would “collaborate with South Africa, with which it has concluded an ad hoc treaty concerning the Grand Inga project”. The DRC also claims to rely on the “support and participation of development financial institutions”. In July 2016, the World Bank suspended “the financing of its technical assistance” to the project.

The DRC fails to shed light on the vast majority of its 82 million inhabitants. This is a paradox as the second longest river in Africa (4,700 km) flows through its bowels, with one of the most powerful flows in the world. 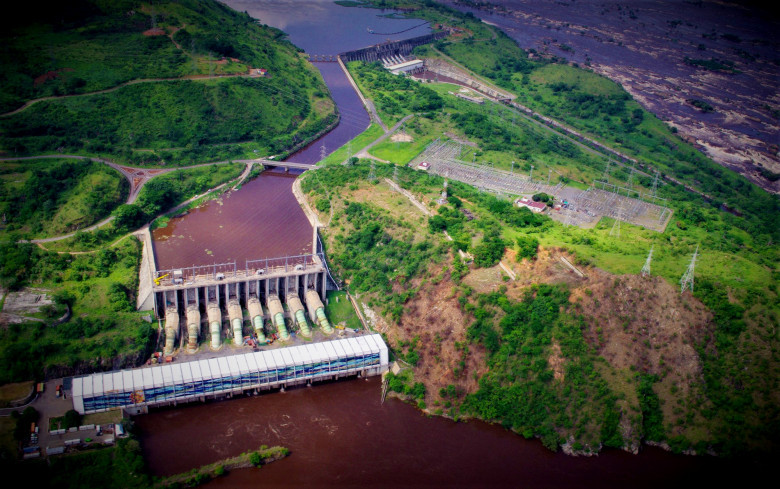