New Orleans, like any popular tourist destination, has a strong brand identity. Images of St. Louis Cathedral, jazz musicians, Creole food, voodoo, and the Mississippi River all conjure up the flavour of this city that celebrates its 300th birthday in 2018, and they are recognisable to travellers from all over the world. But the dynamic, ever-changing city is much more than its iconic symbols.

By all means, first-time visitors must avail themselves of a walk down Bourbon Street.  At night, it is ablaze and alive with a stream of an interesting mix of people. To get an authentic taste of what the city offers and better learn what it means to be an Orleanian, one should only spend a brief time on Bourbon and should quickly fan out to explore other neighbourhoods.

One beautiful and affordable way to see the city is on its streetcars. You can take advantage of the newly expanded streetcar system for a $3 daily ticket to a variety of New Orleans experiences.

The St. Charles streetcar brings you from Canal Street just outside of the French Quarter toward Riverbend.  Along the way, there are world-class restaurants and easy walking access to the museum district. The crown jewel of New Orleans museums, the National World War II Museum, is considered one of the top ten museums in the world.

Near the end of the St. Charles streetcar line at Riverbend where the Avenue turns into Carrollton Avenue, you’ll find the Camelia Grill, a hamburger joint known to generations of Tulane and Loyola students. A few blocks from the streetcar line, The Maple Leaf Bar is the famous scene of local music legends as well as, on Sunday afternoons, the oldest continuous poetry reading, perhaps in the nation.

Canal Street is a famous New Orleans thoroughfare, and along its route, you'll find Mandina’s, a local neighbourhood spot dear to the heart of Orleanians, and Chickie Wah Wah, another place to catch local music stars in one of their natural habitats.

Another branch of the Canal St. streetcar forks off at Carrollton Avenue, ending at the gates of City Park, one of America’s largest municipal parks. City Park, sitting between Lakeview and Mid City, is where you’ll find the New Orleans Museum of Art, a lovely Botanical Garden, and the City Park Casino - home to Morning Call, one of the classic coffee and beignets stands in the city. The Park, with many striking examples of WPA art, had an extensive makeover after Katrina and is a lovely place to spend a lazy afternoon under some of New Orleans’ oldest live oaks.

New Orleans also delivers entertainment for every price range. Many bars have bands with no cover charges, and it is not unusual to find excellent musicians playing for a tip jar. Places like Snug Harbor, The Spotted Cat, D.B.A and others offer a steady stream of sounds associated with the city. Recently, another vital corridor is taking shape mostly for a younger crowd in the first few blocks of St. Claude Avenue with places like the Allways Lounge, Siberia, and the Hi-Ho Lounge.  These places and others keep the city throbbing all year long with not only music but with live comedy and theatre as well.

As a working-class city, New Orleans has its share of “dive bars.” Saloons like BJ’s in Bywater (with a great jukebox), Pal’s in Mid City and Snake and Jakes Uptown give you that down home New Orleans vibe. F&M Patio on Tchoupitoulas has catered to the leaders of the future for decades as a late-night college, and young professionals hang out. New additions to the scene are the Tchoup Shop on Tchoupitoulas and Treo’s on Tulane Avenue.

It is a truism that in New Orleans we do not eat to live, we live to eat. It is  true that you can find fabulous food all over the city. Any list of eateries is by definition incomplete; such is the culinary richness of the Crescent City.

There are rare, under the radar, spots that are fun to seek out. New Orleans has an extensive transit system, but New Orleans is not a walking city such as you would find in Europe. Off the beaten path, excursions should be experienced by car, be it a taxi or Uber, or with recommendations from locals.

In New Orleans, you have to know where to look.

Walk the street with a drink in your paw

Listen to local music and tune into WWOZ radio

Look down an oak-lined boulevard at night and take a mind’s eye remembrance of what it means to miss New Orleans. 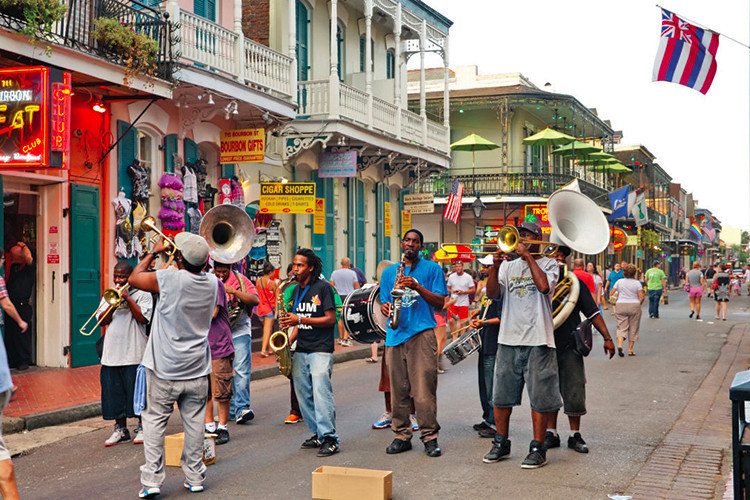