Laeila Adjovi, winner of the Grand Prize of the Dakar Biennale of Contemporary African Art

The Franco-Beninese journalist is one of the rising figures of photography. Laeila Adjovi, 36, received the Grand Prize at the Biennale of African contemporary art in Dakar, Senegal. She is also an art photographer, as shown in the series exhibited in Dakar. Her work is inspired by freedom.

The 13th edition of the Biennale of African contemporary art in Dakar, which took place from May 3 to June 2, 2018, crowned art photography by rewarding journalist Laeila Adjovi, who received the Grand Prize Léopold Sédar Senghor.

The journalist and photographer of Beninese origin received this distinction, in addition to a trophy, from the Senegalese President Macky Sall, who presided over the official ceremony marking the opening of Dak'Art 2018, at the Grand Théâtre de Dakar.

The photographs for which Adjovi has been awarded are entitled "Malaika Dotou Sankofa". "Malaika" means angel in Swahili and "Dotou" mean straight in Fon, a language of Benin. "Sankofa" is the Akan (Ghana) symbol of the messenger bird, which flies with its head turned backwards, a way of encouraging "learning from the past", according to the winner's explanation.

The self-taught photojournalist is also a visual artist. She has lived in Dakar since 2010. She holds degrees in political science and journalism. She explains that she was first introduced to documentary photography during an internship in New Delhi, India.

Laeila Adjovi is interested in documentary photography and photojournalism. His favourite themes are related to social issues, daily life on the continent or African cultural heritage. Passionate about processing techniques and cinematographic photography, she also experiments a lot in her darkroom and develops an artistic approach to her profession.

The photographer, who is also a journalist working for the BBC, recalled that her work was the result of collaborative projects with photographer Loïc Hoquet, to whom she dedicates the prize.

In recent years, her work has been exhibited in Senegal, Morocco, Benin, France, South Africa and Ethiopia. Adjovi’s photographs are still on display in Saint-Louis, Senegal, where she participates in a group exhibition. 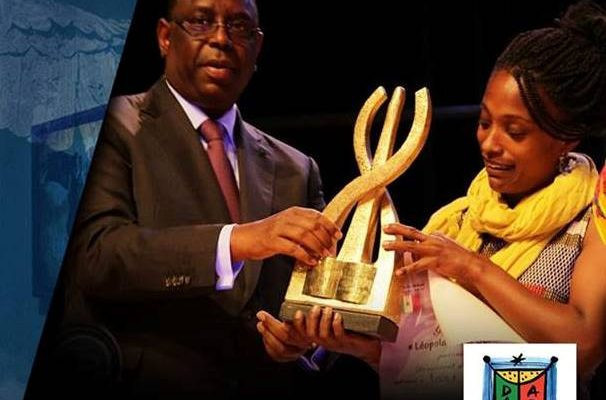