Editor-M&B
Admin
posted on 3 years ago
—
updated on 2 years ago
3,740
views
Founded by the Belgians in 1910 to develop the mining industry in the whole province, the charming colonial city of Elizabethville will be named in tribute to the wife of King Albert 1st.

In 1965, Katanga became Shaba, which means ‘copper’ in Swahili. When President Mobutu Sese Seko came to power, he decided to give it the name of the river that crosses it: Lubumbashi. A name which is inscribed into the history of the country with, as the capital of Haut-Katanga, a city whose chimney became a symbol for its inhabitants.

Lubumbashi, the economic heart of the Haut-Katanga, has just over 2 million inhabitants. It is a cosmopolitan city where people of different nationalities live together, most of them being actors in the mining industry.

Although not maintained very well, unfortunately, the architectural heritage of great richness is still visible. The city today emanates some provincial peace through its architecture, its urbanism and its way of life in the shade of the trees planted along the avenues of the city centre that survived the massive tree felling in recent years. Is it the altitude and the particular climate of the region or its historic past, still visible, that makes Lubumbashi so unique and endearing, like its inhabitants? Probably a little of it all.

Compared to other cities in the DRC, Lubumbashi is quite clean and relatively modern, with significant infrastructure. The many ongoing projects will change the face of the town in the coming years, in particular, fibre optic. It is also an intellectual and cultural centre: its university (UNILU, which was home to several student protests put down through violence during Mobutu era), the various tertiary institutions on its territory and it's National Museum that houses a contemporary art gallery open to the public. The zoo which was the object of a vertiginous work of rehabilitation is also part of the best walks of the city. The city also offers many entertainment and recreation sites in the area including a beautiful golf course, along Lake Kipopo (Lake Tshombe).

Lubumbashi is one of the few booming and continually changing African cities, which has managed to maintain and protect a green lung in its heart. Lubumbashi's Golf built in primary savannah, designed and landscaped in 1934 by Sir H. Graham Willis, British Consul General of Elizabethville, is a natural site that is home to very rich biodiversity. Listed in 2006 on the ecological heritage of the city of Lubumbashi, this exceptional site, is a sanctuary for many species of birds, is an oasis in the city.

‘Lubum’ as nicknamed by its inhabitants, a city whose development is to be watched... According to the international media, it could one day become ‘one of the most dynamic cities in Central Africa’.

However, Lubumbashi must learn to shape its development in modernity and fulfil the other requirements shared by these cities that have the capacity to meet tomorrow's significant challenges.

Next to the Moon 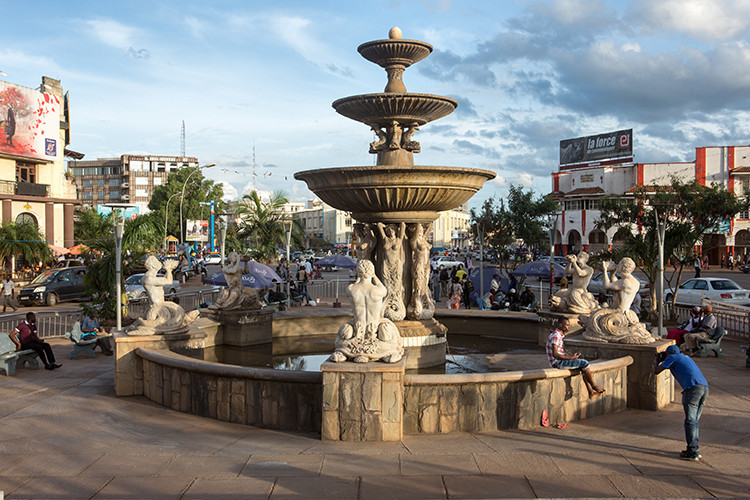