By paying tribute to her father Georges Coursaris Musunka with the George Malaïka Foundation, Noëlla Coursaris is working for the communities of the Katanga province.

By paying tribute to her father Georges Coursaris Musunka with the George Malaïka Foundation, Noëlla Coursaris is working for the communities of the Katanga province.
Nelson Mandela said, “Education is the most powerful weapon that you can use to change the word”. Georges Malaïka Foundation’s aim is to promote the development of African communities by educating young girls. Everything connects Noella Coursaris to Lubumbashi. She is entirely committed to her family and her projects. New York, London, Munich, Lubumbashi. She is a citizen of the world but her roots are in Africa, in the DRC. She travels the world and has a busy professional life committed to promoting peace and the emancipation of women.

She wants to invest in Africa – in the Congo. Her father died when she was 5 and her experiences with life’s difficulties developed her altruistic nature at a young age. She was 18 before she found her mother again. Creating this foundation was somewhat self-evident. In 2003, she created the Georges Malaïka Foundation to raise funds to finance the best education possible for young girls. In Africa and in the Congo in particular, it has been proven that an educated woman is able to generate greater income, 90% of which she will reinvest in her community. These are key factors in the socio-economic development of a nation. Backed by private funds, the project to build a girls’ school began in 2010 in Kabuleka. Her energy is gaining a following and her determination is persuasive.

She has managed to build an extensive network – Mohamed Ali’s daughter and the actor Ben Affleck, among others, support her initiative that now has a team of 18 teaching staff, a cook and many volunteer architects and builders who joined the project. In September 2011, the school opened four classes from kindergarten to first primary school. This unique school in the Katanga provides English and art lessons once a week. Everyone on board is motivated to achieve their common goal: provide a school for all to give village children the same opportunities to make Africa the continent of the future. Her fight goes on! 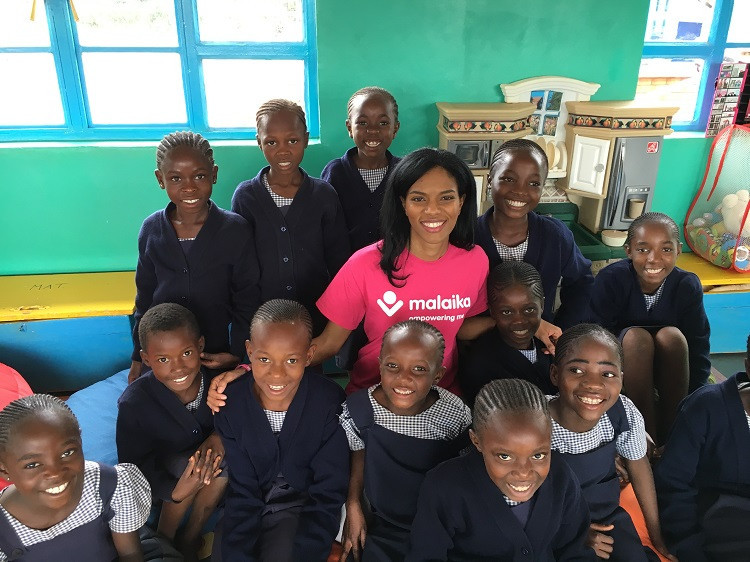