Rachel Mwanza : the Cinderella of Kinshasa

Revealed in the film Rebelle (War Witch), this young 17-year-old Congolese woman, accused of witchery, had been living in the streets of Kinshasa.

Rachel Mwanza still can’t believe it. She, an outcast, a street kid, accused of witchery, has found herself projected into the limelight, travelling from festival to festival and is determined to make the most of her new found fame.

Her fighting spirit is quick to reveal itself in this young woman who so recently stepped out of poverty. Mwanza intrigues. This young African Cinderella who seemed condemned to a life on the streets was picked to play the lead role in a film that has gone on to win 14 awards. A miracle. But Rachel isn’t fooled. She doesn’t hesitate to tell us about the main scene in this fairy-tale. It was a night in February 2013 at the Berlin Film Festival. “I didn’t understand the language and had started to switch off”, she remembers, a slightly cautious princess. And then suddenly, someone on stage was saying her name. Yes, they were calling for her! Rachel became the first African woman to win Best Actress at Berlin for her role in Canadian Kim Nguydn’s film War Witch. This beautiful film tells the story of a young girl soldier in an imaginary African country. “Even when they were saying my name I didn’t understand at first”, she recalls, her eyes widening at the memory. “It sounded Chinese - Reuchel Mouainzai”, she laughs, imitating more of an Anglo-Saxon accent. “Everyone stood up! There were all these white people shouting “Rachel, Rachel!” And all the cameras turned to me. A lot of cameras, real life…”, she says with a hoarse voice.

Real life? Rachel’s life has taken a lot of unexpected turns. The volatile teenager was born in the Democratic Republic of the Congo (DRC). In this cathedral country where everything is vast, especially misery and violence, Rachel was a ‘shegué’: a child accused of witchcraft and abandoned to the streets. Theft, rape, prostitution, drugs, fights, hunger and fear: thousands of homeless children grow up with this explosive cocktail in the streets of the ruthless city of Kinshasa.

The worse perhaps, is that what happened was far from preordained. Rachel comes from a relatively well-off family. Her father worked in the diamond industry in Mbuji-Mayi, the capital of West-Kisaï province. On Sundays her father would dance around the house with the mother of their six children. But the cracks were already beginning to show. Her mother, like many of the women of her land, was too attentive to the teachings of the evangelist churches that are mushrooming in this desperate country. One of these false prophets accused the young girl of having a demon in her. Early on, Rachel lived with the fear of what misfortune she might bring on her family and was condemned from the start. Alas, misfortune came quickly. Her father lost his job, her mother left for Kinshasa with the children. They were soon joined by her grandmother, a women filled with superstition. Rachel’s fate was set. Her father disappeared, her mother left for Angola to seek out a living and the children were left to the mercy of an ungrateful mother and this grandmother filled with hatred for the one who must have brought them their bad luck: Rachel. Before being ostracised and chased from her home under a rain of stones, the young girl was subjected to a hallucinating exorcism.

Yet, what her story reveals most of all, is a society that has lost its undisguised values and traditions. The discordance is so striking that this young woman is having trouble getting her country to validate Unesco’s proposition to make her an ambassador for street children. “It’s as if they are ashamed of me and street children”, she deplores, and feels all the more determined in her mission. “I am a star, so I must help my family, and the children of the streets of Kinshasa.”

She has forgiven. Her grandmother and her mother. She dreams of having a family one day, with “the happiest children in the world because I will not leave them for even a single day”, she confesses.

1997: Born in Mbuyi-Mayi in the Democratic Republic of the Congo (DRC).

2008: First experience out on the streets of Kinshasa.

2013: Wins the Silver Bear at Berlin for War Witch by Canadian Kim Nguyen.

2014: ‘Survivre pour voir ce jour’ (survives to see this day) published by Michalon and begins a new life in Montreal. 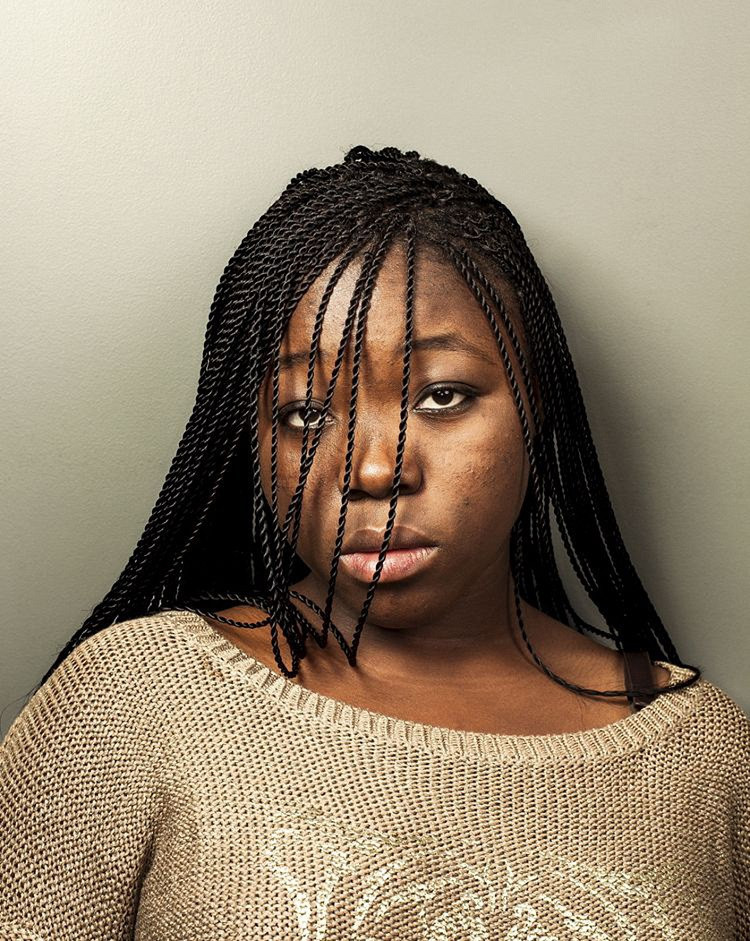