"As an African, I feel invested of a mission to civilise the French." Between two bursts of laughter, Soro Solo’s warm and rocky voice narrates Africa, every week, at the microphone of France Inter. He does not relate the wars or dramas that are so often warmed up and served to the French listener, but speaks of Africa’s everyday  life: creative, combative, and courageously militant.

Each week, he wanders through the labyrinthine corridors of Paris’ Maison de la Radio, alternating braces, bursts of laughter and friendly words for all those he meets, before settling down behind the microphone. In live conditions, this charismatic man with thin greying dreadlocks records a show in which he reveals the musical pearls of Africa during one hour. While the music plays, he dances frantically – “Wow, that's good” – or carefully reworks his notes, keeping a serious face.

The roots of Soro’s success – his real name is Souleymane Coulibaly – are near the yam and corn fields of his childhood. In the 1950s, his father, a trader, buys a radio station in his native town of Korhogo, in the North of the Ivory Coast. Very quickly, it becomes "the new God" of the village. "I wanted to become like this wizard, this man who spoke so well on the radio. We moved the radio set ceremoniously outside and everyone listened religiously”.

He is often called "the old man", but he likes to trace the origins of his commitment. "I am still marked by my peasant origins. The contempt some urban Ivorians or Burkinabe display to the small people profoundly marked my childhood. What justifies so much condescension? » In his native Senufo culture " spaces are reserved in a ritual context, where a young man can look the King straight in the eyes and tell him a few home truths”. Over the years and from his early Abidjan period onwards, this awareness strengthened his desire to become the Herald of oppressed citizens.

Back from his studies in Paris, he started his career as a young morning radio host and held his microphone out to the ‘nouchis’, these rappers flowering in Abidjan, and played the tunes of an awakening African continent. But his freedom of speech, which is still his trade mark today, eventually cost him his job. In 1989, among many daily hours on the air of Ivory coast’s national radio, he launched a programme called “Le Grognon” - "The Grouch" in which society's poorest took 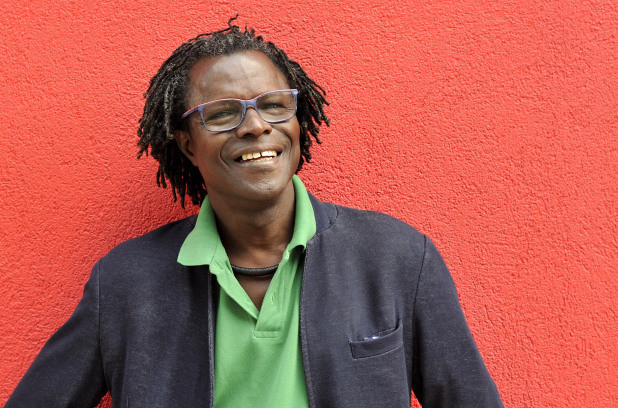