Editor-M&B
Admin
posted on 3 years ago
—
updated on 2 years ago
954
views
Exploitation Resources
Goma. In the mid-1980’s, the Democratic Republic of Congo was officially exporting up to 130,000 tons of coffee per year, but by 2012 that figure had shriveled to 8,000 tons, owing to war, coffee disease, low prices and smuggling.

But international buyers of specialty, high-quality coffee started to realize they had been missing out. In 2012, the World Coffee Research Institute, after doing a survey of the two Kivu provinces in eastern Congo, described the area as "a paradise for coffee." That same year saw a Congolese coffee cooperative break through into the world specialty market, helped by the U.K.-based fair trade organization called Twin. According to Richard Hide, one of Twin’s coffee experts, other cooperatives in the Kivu provinces could do the same. "We know that potentially all the coffee from South Kivu to North Kivu has the potential to be great coffee — it’s just a question of knowledge, of equipment, of follow through," said Hide. In other words, there is a kind of specialty-coffee-exports revival underway, and this week international experts held a specialty coffee tasting competition in the eastern city of Bukavu to grade the 30 cooperatives that took part. According to one of the organizers, Chris Treter of the U.S. coffee buyer Higher Grounds Trading, this was the first specialty coffee competition that's ever been held in Congo. "This is a very historic day, to have people from all across the value chain in one place, with trained judges tasting and sampling the different coffees in the region ... to evaluate all of them on one table for the first time," he said. The competition used global standards drawn up by the Specialty Coffee Association of America. A blind tasting, meaning judges had no idea whose coffee they were sampling. The judges waxed lyrical about the entries to this competition. "I loved it from the beginning," said Stephen E. Vick, a buyer and taster for Bluebottle Coffee, who graded the sample 91 out of 100, an exceptionally high score. "The fragrance was I think the best of any of them we’ve had, super complex, plum, cherry, super silky body, I just wanted to drink the cups, just gorgeous." The winning cooperative, like several other entrants, had been helped by consultants working for Eastern Congo Initiative — a non-profit founded by Hollywood actor Ben Affleck. The reason non-profits get involved in the sector is because much of eastern DRC’s coffee is produced by smallholding farmers working in very difficult conditions. One of the ways Eastern Congo Initiative tries to help those farmers is to lobby the DRC government on their behalf. The competition was an opportunity to do just that, as the provincial minister for agriculture was attending. ECI’s Baraka Kasali pointed out one way the DRC government could have helped producers of a coffee consignment recently sold to a new international buyer. "The biggest hurdle I see is in the tax. We saw in that first lot; 70 percent of the cost of that coffee went to taxes, "said Remy Mitima, director of the Paidek Microfinance Institution. Congo’s export tax on coffee is 12 percent, compared with 1 percent in neighboring countries. In reply to Mitima, the provincial agriculture minister Adolphine Muley simply said, "Perhaps the taxes are exorbitant." 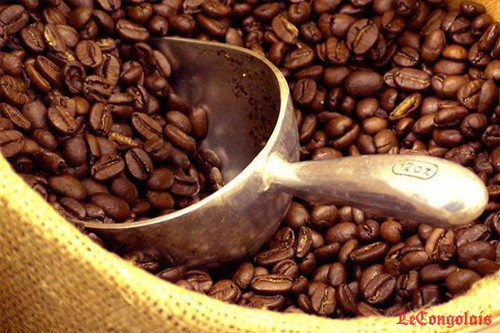